In the Central African Republic (CAR), the Dzanga-Sangha Forest Reserve is the focus for the majority of tourist activities.

The reserve, which is protected, lies in the extreme southwest of the Central African Republic, bordering Cameroon to the southwest and the Republic of Congo to the southeast. The park consists of nearly 500 million acres (2,000,000 km2) of tropical moist forest, much of which is still relatively intact. Combined with its sister reserves, Lobéké National Park in Cameroon and the Nouabalé-Ndoki National Park in the Republic of Congo, this rainforest is the second largest on earth. The main river running through the reserve is the Sangha River, and the tri-park basin area is often referred to as the Sangha River Tri-national Protected Area. On the 1st July 2012, Sangha Tri-national was declared a UNESCO World Heritage Site.

Dzanga-Sangha Forest Reserve is a magnificent swath of emerald green tropical forest. It is ecologically rich and contains a variety of megafauna, such as western lowland gorillas, African Forest Elephants, Bongo antelopes, African Forest Buffalos, white-nosed and moustache monkeys, grey-cheeked mangabeys, bush pigs, duikers and a plethora of bird species. The forest has one of the highest population densities of gorillas in the world with an estimated 2,000 of them living within the reserve’s boundaries.

As of January 2016, safaris to Dzanga Sanga Reserve Area have resumed 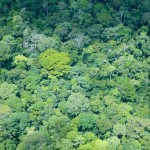 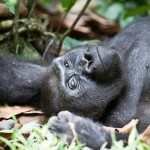 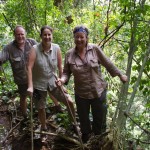